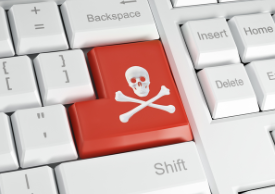 With a growing demand for digital books, the publishing industry is increasingly confronted with the issue of online piracy.

The piracy problem is high on the agenda of the Authors Guild as well, and the organization has sent a letter to Congress voicing its concerns.

The letter is addressed to the House Judiciary Committee which reviews the current state of the DMCA takedown procedure to see what can be done to bring the interests of copyright holders and Internet service providers closer together.

Claiming that piracy results in $80 to $100 million in losses annually, the authors emphasize that online copyright infringement is rampant. Not just on shady sites but also on legitimate platforms such as Google Play.

“Online book piracy, once the province of shady offshore websites, has migrated to mainstream American distribution platforms,” they write, adding that the current takedown process is “just not working.”

Instead of the current system where rightsholders have to report URLs of all infringing content, Internet services should implement measures to ensure that pirated content doesn’t reappear elsewhere.

“What we need instead is a ‘Notice and Stay-Down’ regime: once a webhost knows a work is being infringed, it should not receive continued ‘safe harbor’ immunity from claims of infringement unless it takes reasonable measures to remove all copies of the same work.”

The Guild notes that individual authors often don’t have the time or means to scour the Internet for pirated material. ISPs, on the other hand, can monitor and filter pirated content more easily, they claim.

“Technology that can identify and filter pirated material is now commonplace. It only makes sense, then, that ISPs should bear the burden of limiting piracy on their sites, especially when they are profiting from the piracy and have the technology to conduct automated searches and takedowns,” the Authors Guild writes.

The authors stress that Google and other Internet service providers are not doing enough to combat piracy. Instead, they allow piracy to flourish and share a part of the loot.

“In reverse Robin Hood fashion, the safe harbor rules allow rich companies to become richer at the expense of the poor, robbing creators of hard-earned income and the creative economy of hundreds of millions of dollars a year,” the write.

The Authors Guild asks the lawmakers to revise copyright law by making ISPs partly responsible for identifying pirated content. ISPs should only enjoy safe-harbor protections if they implement measures to ensure that pirated content remains inaccessible.

In theory, this means that widespread monitoring of shared content, something most companies are not too keen on. However, according to the authors it’s the only option to tackle the piracy problem.

A copy of the Authors Guild letter to the House Judiciary Committee is available here.