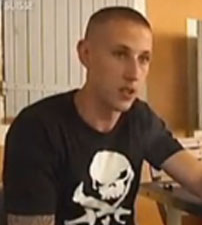 After launching his site Wawa-Mania in 2006, it took just three years for Dimitri Mader to attract the negative attention of the authorities.

After the Association Against Audiovisual Piracy (ALPA) identified more than 3,600 films being made available via the site without permission, Mader was detained in 2009.

This April, Mader was sentenced to a year in jail and was fined 20,000 euros for his role on the site. The 26-year-old heard the news from his home in the Philippines where he lives with his family.

Earlier this month the Frenchman was bracing for more bad news as a court deliberated on the damages he’d have to pay to mainly Hollywood companies. In the event, claims from Columbia Pictures, Disney, Paramount, Tristar, Universal, Twentieth Century Fox, Warner Bros and Microsoft were largely upheld by the court and Mader was landed with a $17m bill.

Following the ruling, TorrentFreak caught up with Mader. What’s it like to have a jail sentence pending in another country? How does one react to a multi-million dollar invoice landing on the table and how does that affect the future?

“First I smiled, the amount is far from what I expected,” Mader told TF.

“Then I realized that this penalty wasn’t designed to be a refund [to Hollywood] but only to scare, a final pettiness to make sure that I won’t have a life in France.”

The amount is certainly huge, even beyond the damages currently outstanding in the famous Pirate Bay case, and that’s with nine years of accruing interest tagged on.

But to anyone of limited means, a million dollars may as well be a billion dollars – the amount is never going to get paid. As a result, Mader says he will remove it from his thoughts.

“[The copyright holders] know that to get the full payment or even 10% of it is something impossible. I will just drop that from my mind, the criminal verdict is enough to cause worry,” he says.

“I won’t think about the penalty, it is just beyond any common sense. I will surely not [pay anything] and even if a new court makes the penalty lower, it won’t change anything. Five million, 15 million or 30 million. What’s the difference after all?”

Even if Mader manages to clear the damages from his mind, there is still the serious matter of the one year jail sentence handed down by a French court in April. Will he return home to face the music?

“Returning to France is complicated. I haven’t been back there for four years and now I need to provide some documents that I can’t get easily,” Mader says.

“After three years outside the country, you are automatically removed from the Social security system, it’s a whole process to get back on it and it can’t be done from here.”

And getting that sorted would be a priority. Mader has a wife and child in the Philippines and that only complicates matters when considering a return to France.

“I need also to provide papers for the registration of my wife and kid. It’s a mess. I can’t afford to leave them here alone and I have no guarantee that [French authorities] will let me leave once they have me,” he explains.

“I could become stuck and strangled with a 15 million euro penalty for a very long time before they allow me to leave again. Today I’m not really sure of any future, we’ll have to see what happens.”

Additionally, there’s the not insignificant matter of what happens to Wawa-Mania. The court wants the site closed down but Mader suggests its future could be the subject of a quid pro quo arrangement.

“[Its future] depends on the success of my new development and/or the possibility to come back to France as requested,” he says.

“If I can come back with my family, I will keep my word and definitely close the forum, no more games. The only thing I will do is to release my work and some part of the database. It can be useful to see how that worked and might help some people.”

While Mader faces an uncertain future, his parting comments paint an even more bleak picture for the destiny of the Internet.

“I have no doubt about what the Internet is going to be. A Web 3.0 fully under the control of a few IT giants, regulated by other corporations and government.

“They gonna tell you where to go, what to watch, what to listen to, what to read, what to think and, most importantly, where to enter your credit card number,” he warns.

“I will enjoy the small piece of freedom I have left to try something different, until nothing is possible anymore.”