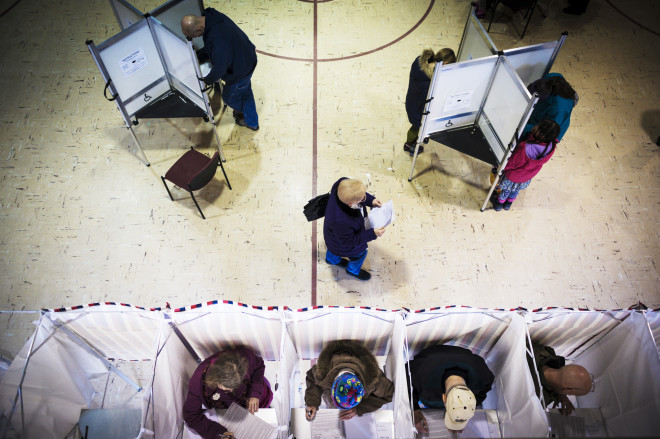 Stats like this go a long way toward explaining why all five of the remaining GOP presidential candidates continue to reject the realities of climate science. The post Here’s How Many Super Tuesday Voters Are Climate Deniers appeared first on WIRED. 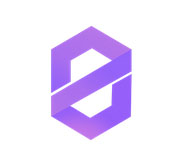 More than two years ago The Pirate Bay revealed a plan to revolutionize its status on the web. Continually dogged by the threat of shutdown and blocking, the site’s operators said they were working on a plan to create their own P2P network.

While The Pirate Bay’s plan hasn’t come to fruition, others have been working on a similar system. Based out of Budapest, Hungary, Zeronet offers “real-time updated, P2P websites using Bitcoin cryptography and the BitTorrent network.” The slide below describes some of the key features. A full explanation of how the system works can be found here but for those looking to jump in at the deep-end the process is very simple. Visit Zeronet.io and follow the simple instructions and the whole thing is up and running in a couple of minutes.

Once Zeronet is launched (it appears in your chosen web browser), users are confronted not with a Google search box, but the Zeronet ‘homepage’.

Not only are Zeronet users viewing this website but they’re also hosting it too, so that when others join the network and ask for the page, they retrieve it from other Zeronet users. It functions in a similar way to sharing using BitTorrent, although as yet there is no ‘swarming’ technology in place. In the image below, 96 other people are sharing the page. This piece isn’t intended to be a guide on using Zeronet, others can help there. However, what piqued our interest is what appears to be the very first torrent site to appear on the Zeronet network. It’s not exactly clear how long ‘Play’ has been in development but its existence has been made known in the past few hours. ‘Play’ is accessed via a Zeronet URL which only works if the Zeronet software is installed. Once on the site it is indistinguishable from any other similar site working on a central server. The site doesn’t offer a tracker (that would create new problems) but instead serves magnet links sourced from RARBG.

As one might expect, the site is the usual fare with the latest movies presented in varying qualities, along with YouTube trailer links where applicable. As a straightforward website ‘Play’ wouldn’t get a mention here but the way it’s delivered to users is somewhat exciting, especially since this is what The Pirate Bay and indeed BitTorrent Inc.’s Project Maelstrom has been promising for some time. However, before users get too excited, there are some caveats.

While Zeronet sites won’t get taken down as long as someone is ‘seeding’ them, the Zeronet website-serving network is not anonymous. That means that users’ IP addresses are public unless they choose the Tor option or double up with a VPN. Additionally, torrent transfers function in an identical fashion to any other site and are just as public as they ever were.

From a legal perspective Zeronet itself has no issues but of course a site like Play infringes on copyright law just as any other similar site would, even if its operators can remain anonymous. Interestingly though, while someone, somewhere has created Play, its users (not a server company) are now effectively hosting it via their local machines. This raises questions of liability for torrent site hosting in the future.

Finally, Zeronet also offers users a one-click solution to site cloning. This sounds like it might be a real headache for copyright holders but it could also be an equally large headache for the Internet’s spam department. Time will tell how that will play out.

Zeronet’s homepage can be found here. 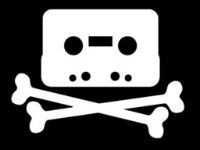 However, those are certainly not the only ‘threats’ it faces. Online radio stations, often operated by hobbyists, also remain a concern.

This has prompted a coalition of record labels to file a lawsuit against Radionomy, a platform that allows users to start their own online radio stations.

Radionomy, which also owns Winamp and Shoutcast, offers between 30,000 and 50,000 radio stations which are controlled by its users. These stations are freely broadcasted online through a variety of sites and apps.

“Defendants operate an online music service through which users can listen to music stations, or create stations, that Defendants stream to listeners worldwide,” the complaint reads (pdf).

“To program music stations on Defendants’ service, users can upload music from their own collection or use music from Defendants’ library of popular music and podcasts.”

In addition to picking tracks from the Radionomy library, users can also upload their own tracks and stream these online. Listeners from all over the world can then tune in by searching for stations by theme, genre or even artists.

While many users and listeners enjoy the service, the record labels point out that Radionomy fails to pay the proper licenses. As such, they argue that it’s promoting and facilitating widespread copyright infringement.

“On January 12, 2016 a station on Defendants’ service, named ‘One Direction The Radio,’ played the recordings ‘Nobody Compares’ and ‘Something Great’ by One Direction, both of which are Plaintiffs’ owned or exclusively licensed copyrighted works,” one of the examples reads.

As an example, the labels further mention that Radionomy encourages its users to start popular stations offering rewards for the number of listeners they attract, while canceling the least popular stations.

“Defendants encourage users to include popular copyrighted recordings in programmed stations by offering to ‘reward’ users with cash payments if they create a station that reaches a large audience and threatening to deactivate users that fail to reach ‘minimum audience’ requirements,” the complaint reads.

Late last year the labels reached out to Radionomy, which is owned by the entertainment industry mogul Vivendi, who reportedly admitted that they had not paid royalties to SoundExchange since 2014. Despite these talks, no agreement was reached on the issue.

The music companies now hope to get help from the court and are requesting a permanent injunction against the radio service, as well as damages which can easily add up to dozens of millions of dollars.

Founded in 2011, Swefilmer was Sweden’s most popular streaming movie and TV show site. Research published last year by Media Vision claimed that 25% of all web TV viewing in the country was carried out on Swefilmer and another similar site, Dreamfilm.

All that began to change in July 2015 when one of the site’s operators, local man Ola Johansson, revealed that he’d been raided by the police who seized various items of computer equipment and placed him under arrest.

“It’s been a tough month to say the least. On 8 July, I received a search by the police at home. I lost a computer, mobile phone and other things,” Johansson said.

The gravity of the situation became clear when the Swede revealed in a video posted to YouTube that he’d been detained for almost four days.

Now, fresh news coming out of from Sweden is shining new light on the scale of the investigation which is already the largest involving a streaming site in the country.

While Johansson remains suspected of copyright infringement offenses, he is not thought to be the main person behind the site. A second man, believed to be the main operator of Swefilmer and the person who handled its revenue, has now been arrested in Germany.

According to Expressen he was first arrested in his absence last summer and was physically arrested in January 2016 after Sweden obtained a European arrest warrant. The existence of the warrant had previously been kept secret and news of the arrest only came to light last evening.

The man is reportedly a 25-year-old Turkish citizen resident in Germany. He is accused of being the site’s main operator and the person who setup the site’s deals with advertisers and accepted donations from users.

Court documents obtained by Expressen show that the European arrest warrant was obtained in Sweden on August 18, 2015. Signed by veteran file-sharing prosecutor Fredrik Ingblad, the 25-year-old suspect is accused of offenses including copyright infringement and aggravated money laundering.

The case involves a sample 1,400 movies that were allegedly made available without copyright holders’ permission between January 2013 and July 2015. In respect of the financial crimes the man is accused of receiving the equivalent of $1.7m in advertising revenue and donations into a Turkish bank account.

An order already exists to seize around $1.5m, which will be confiscated in preparation for any financial settlements when the case goes to trial. In January other seizures were made including a $77,000 car and properties worth $233,000.

The man remains in custody in Germany and it’s understood that his lawyer is campaigning for his release. Last month he filed an appeal which stated that no evidence had been produced to suggest the man was involved in Swefilmer. The appeal was rejected.

In the meantime Claes Kennedy, the lawyer representing Ola Johansson, expressed surprise that he had not been informed of the recent developments.

“It is strange that I was not informed about this,” Kennedy said. “Ola admits that he has been involved to some extent in the site Swefilmer, but his involvement was limited.”

While the prosecution is not expected to reach Pirate Bay-style heights, it does mark the most significant case against a streaming portal in Sweden to date. There is some way to go but it’s expected that the prosecution will demand the most severe sentences available.