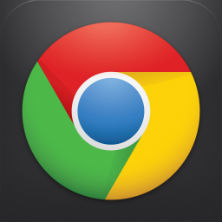 There’s a slight panic breaking out among Google Chrome users. Over the past few hours the browser has started to block access to several of the most popular torrent sites including KickassTorrents, Torrentz, ExtraTorrent and RARBG.

Instead of a page filled with the latest torrents, visitors are presented with an ominous red warning banner.

“Attackers on kat.cr might attempt to trick you into installing programs that harm your browsing experience (for example, by changing your homepage or showing extra ads on sites you visit),” the warning adds. Google doesn’t specify what the issue is with the sites in question. The “Safe Browsing” diagnostics pages only list the sites as “suspicious” and note that “third parties can add malicious code to legitimate sites.” in some cases.

The owners of the sites in question are clueless about the source of the problem. RARBG’s operator informs TF that there is no additional information available in Google’s Webmaster tools either.

“I hope Google comes to its senses and actually allows webmasters to see what the issue is in their webmasters tools,” RARBG’s operator informs us (update: after publication some more information did appear in webmaster tools).

ExtraTorrent is not aware of any issues either and notes that the malware Google reportedly found are false positives.

“There is no malicious software and you are still able to load ExtraTorrent in Mozilla Firefox, Opera, Chromium and other browsers,” the ExtraTorrent team says.

“We’ll contact Google to resolve the issue shortly,” they add.

Since Google doesn’t mention “malicious software” as the reason for the warning, it was most likely triggered by the “unsafe” ads many torrent sites run. These are typically linked to toolbar software or other unwanted programs.

We reached out to Google to find out more about the sudden torrent site blocks, but we have yet to receive a response.

Chrome users who want to bypass the warning can do so by clicking the details link, or disable Chrome’s malware warnings altogether.

There can be little doubt that The Pirate Bay is the most infamous torrent site of all time. Its attitude towards copyright and related laws has landed the site and its operators in endless legal trouble for more than a decade, conflict that continues today.

Following the convictions of The Pirate Bay Four – co-founders Gottfrid Svartholm and Fredrik Neij, former site spokesman Peter Sunde, and site financier Carl Lundström – most legal matters involving the site have been connected to local ISP blocking injunctions. Nevertheless, a separate legal process against the men themselves has persisted in Belgium.

Unusually, the case was based in criminal law, with Svartholm, Neij, Sunde and Lundström all standing accused of a range of crimes including criminal copyright infringement and abuse of electronic communications. However, the case itself has always experienced problems.

All four defendants deny having had anything to do with the site since its reported sale to a Seychelles-based company called Reservella in 2006. That has proven problematic, since the period in which the four allegedly committed the crimes detailed in the Belgian case spans September 2011 and November 2013.

Having failed to connect the quartet with the site’s operations during that period, the case has now fallen apart. Yesterday a judge at the Mechelse Court ruled that it could not be proven that the four were involved in the site during the period in question.

Indeed, for at least a year of that period, Svartholm was in jail in Sweden while connecting Lundström to the site a decade after his last involvement (which was purely financial) has always been somewhat ridiculous.

In the end, even the site’s anti-piracy adversaries in the case agreed with the decision.

Welcome to WordPress. This is your first post. Edit or delete it, then start blogging!