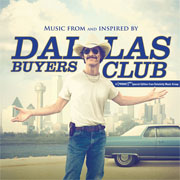 In April, Aussie file-sharers let out a collective groan when the company behind the movie Dallas Buyers Club (DBC) won the right to obtain the personal details of almost 4,800 individuals said to have downloaded and shared the movie without permission.

However, things didn’t go to plan. As six ISPs stood by ready to hand over the information, the Federal Court told DBC that before allowing the release of the identities it wanted to see the letters the company intended to send out to alleged infringers. Justice Nye Perram wanted to avoid the so-called ‘speculative invoicing’ practices seen in other countries in recent years.

In a mid-August ruling it became clear that Justice Perram was right to exercise caution.

DBC did intend to demand thousands from alleged infringers, from the cost of single purchase of the movie and a broad license to distribute, to attempting to factor in damages for other things people may have downloaded. All but the cost of the film and some legal costs were disallowed by the Court.

In the end and in order to make it financially unviable for DBC to go against the wishes of the court, the Judge told DBC it would have to pay a AUS$600,000 bond before any subscriber information was released. The company didn’t immediately accept that offer and was given a couple of weeks to appeal. That deadline expired last Friday.

But while those who believe they might have been caught in the dragnet breathe a sign of relief, the company is warning that it’s not done yet. Speaking with itNews, Michael Bradley of Marque Lawyers, the law firm representing DBC, said that while an appeal was considered risky, other options remain.

“Appeals are always hard, it’s an expensive course, and it’s unpredictable – if one judge has taken a particular view, you’re taking a gamble on whether three other judges are going to take a different view,” Bradley said.

“We think there may be another way of achieving the outcome [we want] without having to go through an appeal.”

DBC believes that by reworking the way it calculates its demands, the Judge will see its claim in a different light. One of the avenues being explored is the notion that pirates can not only be held liable for their own uploading, but also subsequent uploading (carried out by others) that was facilitated by theirs.

In his August ruling, Justice Perram said he had “no particular problem” with that theory but did not consider it in his ruling since DBC provided him with no information. Bradley believes that door remains open for negotiation.

“Whether an individual should be liable for damages based on other activity is not a closed subject,” Bradley says. “So there may be a different way of approaching it and coming up with something [Justice Perram] is more comfortable with.”

The idea that file-sharers should somehow be held liable for the activities of other file-sharers is an extremely complex one that will be hard if not impossible to prove from a technical standpoint.

While DBC may yet take a second bite at the cherry (it has little to lose having invested so much already in Australian legal action), it wouldn’t come as a surprise if the company decides to make its money elsewhere. There are easy pickings to be made in the United States and the UK, and parts of Scandinavia are now also being viewed as troll-friendly. Tipping money down the drain in Oz might not be the best option.