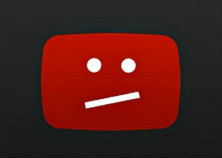 While the diminishing revenues of the major recording labels have been a hot topic for many years, it’s only relatively recently that the debate over artists’ earnings has found itself almost constantly in the news.

A decade-and-a-half of disruptive technology has certainly played its part, but without that turmoil the music industry might still be playing catch up today. At any rate, the rise of online piracy arguably provided a much needed wake-up call and prompted the rise of dozens of legitimate music services.

However, according to IFPI chief executive Frances Moore, some of them aren’t playing by the rules since they fail to properly compensate creators.

“It is true that artists and record producers are not being paid fairly for the use of their music. This is because user upload platforms, such as SoundCloud and YouTube, are taking advantage of exemptions from copyright laws that simply should not apply to them,” Moore said this week.

The problem lies with the nature of these platforms. While services such as Spotify obtain expensive licenses from the record labels for the use of their content, Moore says that sites including YouTube are in effect gaming copyright law when they monetize content uploaded by their users without first obtaining the appropriate licenses.

“Laws that were designed to exempt passive intermediaries from liability in the early days of the internet – so-called ‘safe harbours’ – should never be allowed to exempt active digital music services from having to fairly negotiate licenses with rights holders,” Moore explains.

“There should be clarification of the application of ‘safe harbors’ to make it explicit that services that distribute and monetize music do not benefit from them.”

In order to combat the problem, IFPI says it is determined to work towards a fair licensing environment in which all services offering organized access to music are first required to obtain similar licenses from the labels.

“We want to ensure that services that make our content available, including by curating and monetizing it, are licensed on the same basis,” IFPI informs TorrentFreak.

“Services such as Spotify and Deezer negotiated licenses with right holders on fair market terms prior to their launch. By contrast, user-upload services such as YouTube and SoundCloud did not seek a license at the outset but rather built a business off the back of unlicensed content, relying on the ‘safe harbour’ exemptions to EU copyright law.”

Interestingly, IFPI isn’t stating that user-generated content sites (UGC) such as YouTube and Soundcloud are unlicensed. Instead, the music group says that the terms of those licenses were negotiated under duress, after services got big first and then sought to work with the labels later.

“Although some user-upload services are now licensed by rights holders, those licenses were not negotiated in a fair environment because rights holders’ content was already available on the services on a mass scale and the measures available to prevent this – i.e. notice and take down and Content ID – are easily circumvented and ineffective in preventing all content being available,” IFPI explains.

“As a result rights holders were left with no realistic option but to allow the content and take the license terms on offer.”

In order to level the playing field moving forward, IFPI says it will seek legislative clarification (and presumably change, if necessary) to ensure that “safe harbor” provisions in the EU are restricted to passive intermediaries, thus forcing UGC sites like YouTube to obtain appropriate licenses.

“User upload services that curate and monetize content are not passive intermediaries so should license on fair market terms in the same way that services such as Deezer and Spotify do,” IFPI says.

“There have been conflicting court decisions in different countries in Europe regarding the responsibility of user-uploaded content services. Therefore we are seeking clarification in the EU legislative framework to ensure that services that are active in distributing content are required to take a license from right holders and cannot rely on the ‘safe harbours’,” the music group concludes.

While the labels clearly think they are owed additional revenue from the likes of YouTube and have a duty to level the playing field for licensed services such as Spotify, it’s unlikely that the video giant will sit back while established legal safe harbors are eroded in Europe. Much bigger problems lie ahead if that transpires.