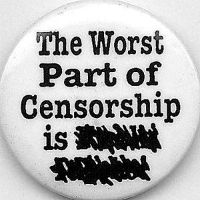 Google receives millions of requests every week to have links delisted from its search results, largely following claims from third parties that the referenced content infringes their rights.

While it’s difficult to say what proportion of these claims are erroneous or duplicate, it’s likely to run into thousands per month. Other claims, like the one we’re highlighting today, underline why we absolutely need Google’s Transparency Report and the DMCA notice archive maintained by Chilling Effects.

The episode began on July 1, 2015 when an individual contacted Google with a complaint about a page hosted by the BBC. Found here, the page carries a news report from 2009 which reveals how a man called Kevin Collinson with two failed disability scooter businesses behind him was allegedly (and potentially illegally) running a third.

The article is a typical “rogue trader” affair, with tales of aggressive sales techniques, broken promises, faulty goods, out-of-pocket customers and companies that dissolve only to reappear debt-free shortly after. Unpleasant to say the least.

So what prompted the complaint to Google that was subsequently published on Chilling Effects? Well, it was sent to the search giant by a gentleman calling himself (you guessed it) Kevin Collinson. Nevertheless, the important thing is this – has the BBC infringed his rights? Collinson thinks so.

The notice sent to Google by Collinson As highlighted by the image above, when asked for the source of the infringed material, Kevin Collinson links to a page on his domain kevincollinson.com. It contains the image below which apparently proves that Collinson owns a “copyright name trademark” to his own name, whatever one of those might be. Reading between the lines, Collinson seems to suggest that since he has a trademark on his name (searches in UK databases draw a blank incidentally), outlets such as the BBC aren’t allowed to report news containing his name. Complete nonsense of course, and Google hasn’t removed the page either.

That said, under UK law people are indeed allowed to trademark their names.

Perhaps surprisingly, trademark UK00002572177 (EU009734096) is registered to Wikileaks’ Julian Assange and protects him in the areas of public speaking, news reporting, journalism, publication of texts, education and entertainment services.

Professor Stephen Hawking also has a couple of trademarks protecting his name. Coincidentally (and possibly of interest to Mr Collinson) one of those covers mobility scooters and wheelchairs.

KEVIN JOSEPH COLLINSON did not respond to TorrentFreak’s request for comment.